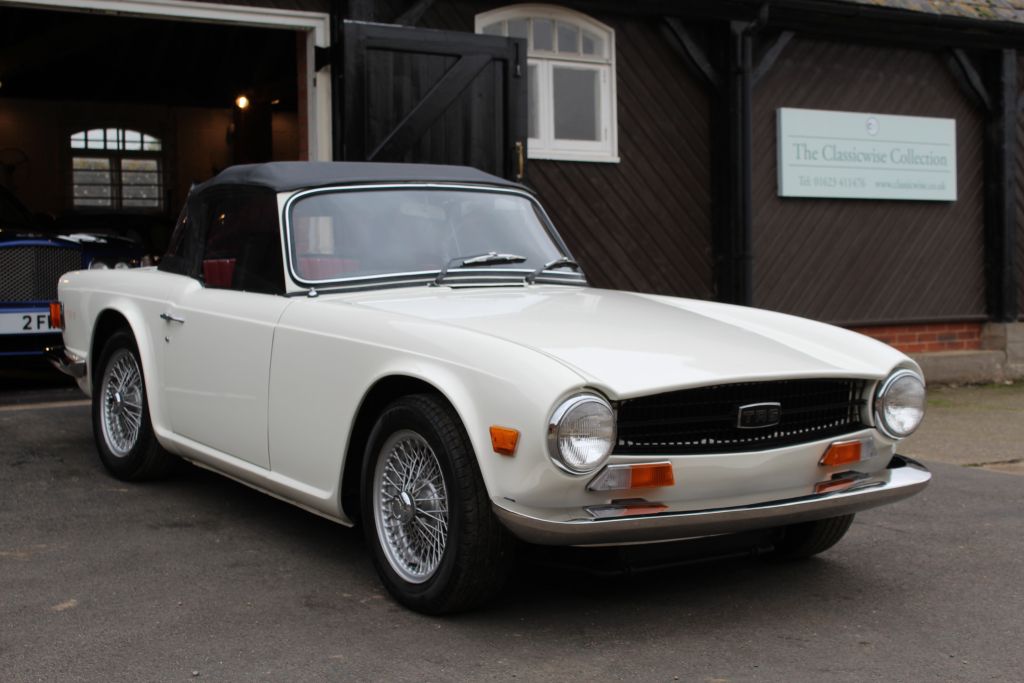 A beautiful example of a newly imported and restored British sports car supplied in its original left hand drive. This car in particular was imported from California and rescued from the dry storage it resided in for 30 years without a turn of a wheel. Incredibly. the overall condition of the car was fantastic – Due to only being subjected to the hot climate of California where the roads are not salted! Thankfully this means that the car is incredibly original with a chassis, tub and body that have been beautifully preserved from corrosion.

The engine and gearbox were removed and the body was sandblasted and subsequently bare metal resprayed to ensure the best finish in its original white colour.

Once the car had been painted attention was turned to the the braking system. This included: All new brake pipes, hose’s, cylinders, calipers, unions and new master cylinder. The suspension has also been overhauled.

The gearbox has been rebuilt it accordingly.

The engine block, crank and cylinder head were machined/renewed – The block was re-bored to +40, crank was polished and balanced and the bottom end was re-assembled using standard sized big end bearings and main bearings along with a new oil pump. the cylinder head was reconditioned using all new valves, springs collets etc with the seats being reground. The head was then reunited with the bottom end with the fitment of a new timing chain kit. Before reuniting the engine to the gearbox we fitted a new clutch kit and slave cylinder to ensure maximum reliability.

The car was originally supplied with Stromberg carbs however it has been fitted with genuine newly refurbished HS6 SU carbs. Starts at the first turn of the key every time with perfect oil pressure, water temperature and power.

Once all of the body and mechanical work was completed the car was then reassembled with ALL brand new chrome work, lights, dash board, crash pads, trim panels, seats and hood.

This early example of the TR6 is ready for use at home in the UK or touring on the continent.

Not to be missed. 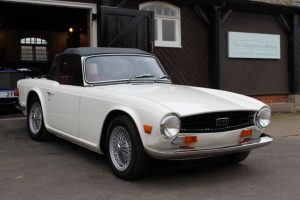 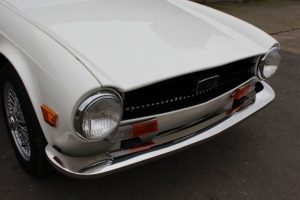 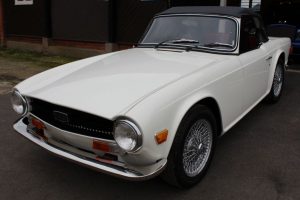 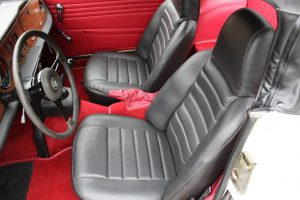 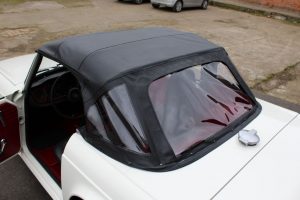 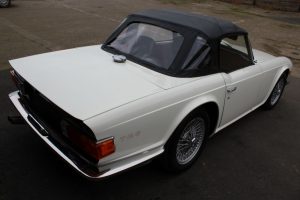 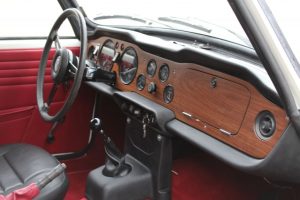 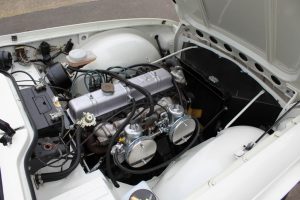 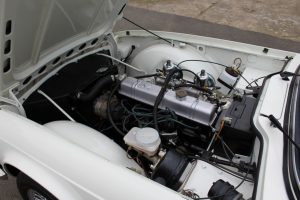