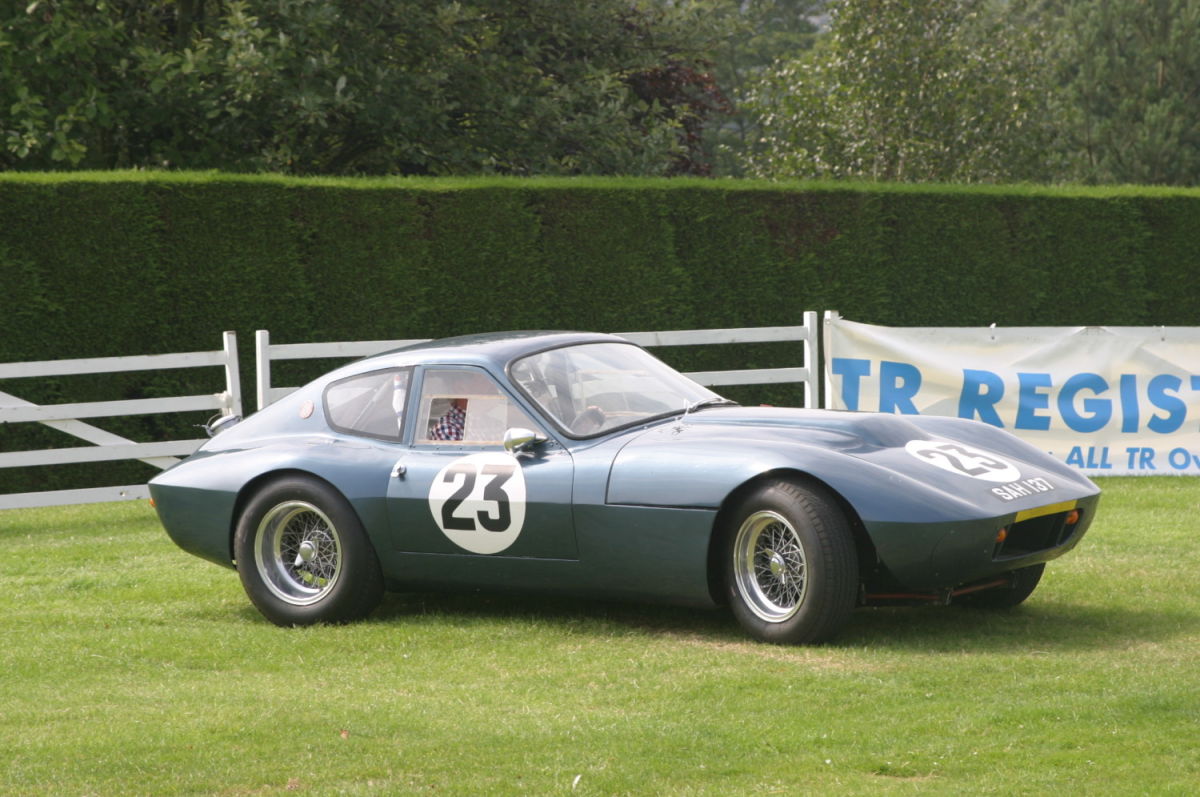 The origins of this story begin in 1960 when club racer, Neil Dangerfield, bought Sid Hurrells Triumph TR3A (registered “SAH 137”) for use on road and track. After a couple of successful seasons with the TR3A, Dangerfield bought a brand new TR4 from Hurrells SAH tuning concern in 1962. The “SAH 137” registration was transferred to the new car and so the TR4 tale begins….

Sid Hurrell prepared the TR4 for racing and Dangerfield duly campaigned it around the English circuits in 1962/63. He also drove it to Monza for the 3 hour GP support race in 1963, finished 2nd in class and drove it home again!!

By the end of 1963, Chris Lawrence (of Morgan fame) had taken over the preparation of the car. A discussion between Chris, John Sprinzel and Neil Dangerfield led to the decision to remove the old TR4 body and replace it with a new curvaceous, low drag one. Having been fashioned from aluminium by Williams and Pritchard, the ‘new’ car was built up by Chris Lawrence.

Christened “SLR” (which stood for Sprinzel LawrenceTune Racing), it was unveiled to the public at the Racing Car Show at Olympia in January 1964. Three further examples were subsequently built on Morgan chassis’, all complying with the period Group 3 Appendix J category.

Neil (and occasionally Chris Lawrence) raced the car in 1964 and 1965 at various circuits including Goodwood, Spa Francorchamps and Silverstone.

Current owner, Tony Griffin, acquired the vehicle in 1986 in a fairly rough state. He set about restoring the car to its former glory with the help of Ken Heywood. The culmination of their efforts was an entry in the inaugural Goodwood Revival meeting in 1998 where the car was also honoured by being invited to take part in the “Dream Grid” parade, driven by none other than Neil Dangerfield!! The car has been a regular invitee to the Revival ever since.

TR ENTERPRISES built a fresh engine for the car in 2012 and are proud to be associated with this historic TR.