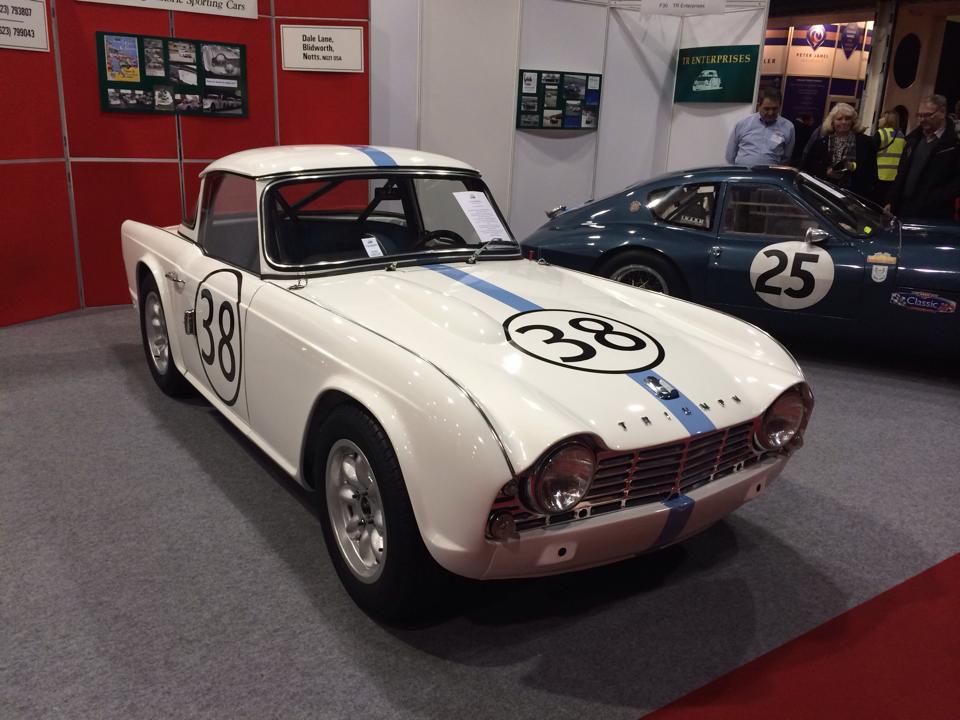 Having arrived mid December 1962, it was chosen, along with two other identical specification TR4’s, by Kas Kastner and his team to be prepared for the 1963 Sebring 12 hour endurance race.

The three car, works entered, team ran with speed and reliability to finish 1st, 2nd and 4th in class and secure the manufacturers team prize.

This car was the 2nd in class, number 38, driven by Charlie Gates, Ed Diehl and Bob Cole.

The car subsequently enjoyed a long and various career as a race car in the USA, passing through various hands until being bought by UK Triumph enthusiast, Keith Files, in 2004.

Keith raced the car in the States until 2013, when it was returned to the UK (51 years after it left!) to be restored to its former glory by marque specialists, TR ENTERPRISES.