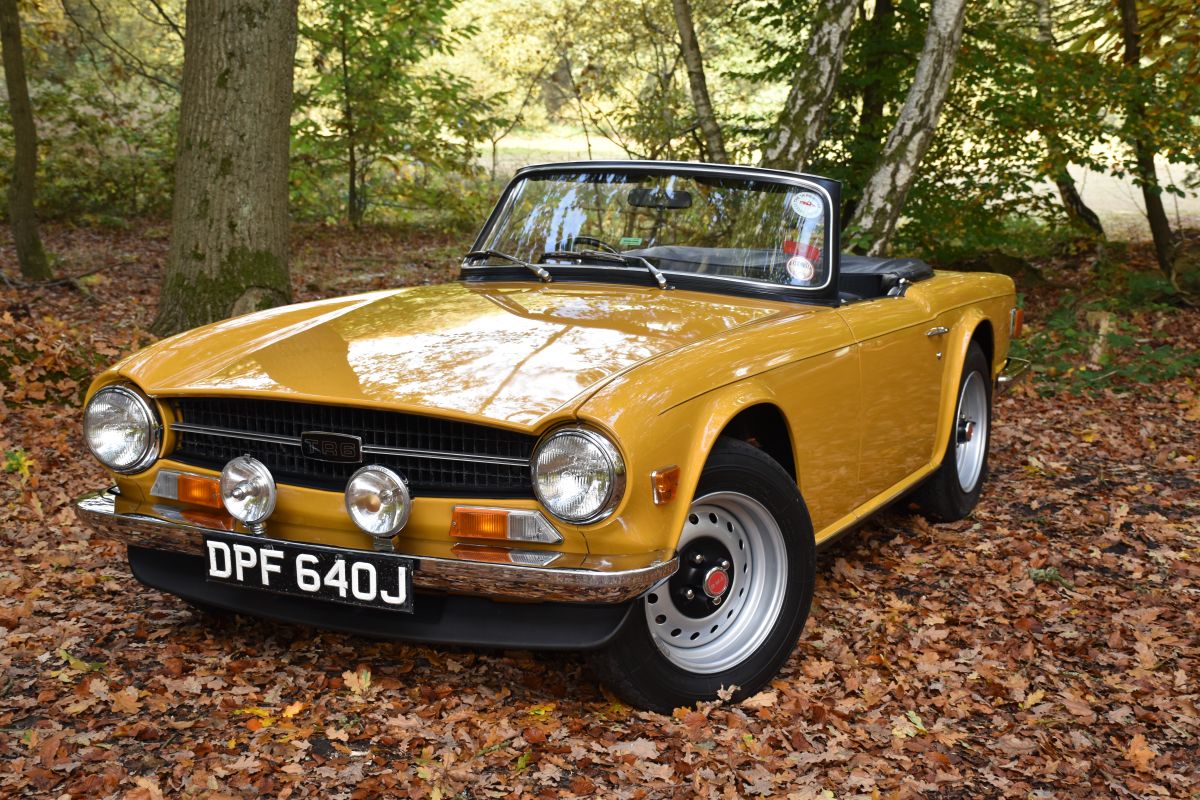 Here we have a truly remarkable August 1970 built TR6 in Saffron. This vehicle is thought to be one of the most original, unrestored cars in the country.

It went to it’s first owner in the September of 1970, who managed to put 29800 miles on the clock before going into storage in 1975. In 1992 it was brought out of storage and sold to one of our existing customers. We were asked to carry out a sympathetic recommission, with the car back on the road early 1993. After only 1200 miles, the owner decided he wanted to go road rallying so ‘Saffy’ was sold in October 1994 to make way for a TR4. So, onto the 3rd owner with the odometer showing 31000 miles. He purchased the car from ourselves and used it until October 1998 when the crankshaft was damaged due to end float issues and a rebuild was undertaken including unleaded cylinder head. The mileage at this point was 34789 miles.

In April 2014 the car came up for sale and was purchased by the current owner, the car now having covered 42500 miles. He has spent the last 4 years keeping the car in superb, original condition. 2015 saw the TR6 at the TR Register international weekend, coming away with Silver in the Pride of Ownership category and judged best TR6 in the Triumph Survivor category. In 2017, ‘Saffy’ was entered into the Triumph Survivor category, coming away with the overall winners trophy.

Now it’s time to pass this stunning, time warp car over to a new custodian. The current owner has only covered around 3000 miles in the 4 years he has owned it.

The TR6 has been in several magazine articles including TR Action, Triumph World, Classic Cars and David Knowles’ new book ‘TR6 The Complete Story’. Copies of all the magazines etc come with the history file.

If you look closely at the photos, you will notice a few minor ‘blemishes’, a lovely patina from the 48 year old original paintwork. In our opinion, it would be a shame to repaint these few areas, preferring to see the original vehicle condition

The car will come with 12 months MOT. A full pre sale inspection/service by ourselves. The history file for the vehicle. There is also a selection of NOS & very good used OEM spares to be included in the sale along with it’s Airchamber which it has been kept in.

This particular 6 is not your average TR.

Viewing by appointment only. 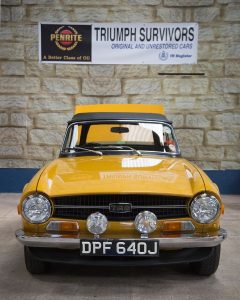 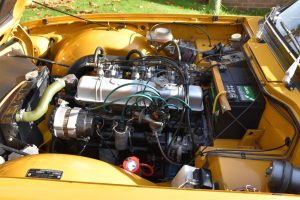 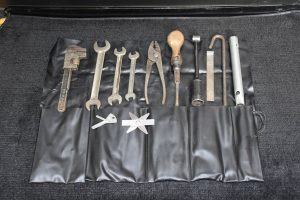 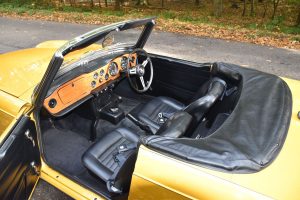 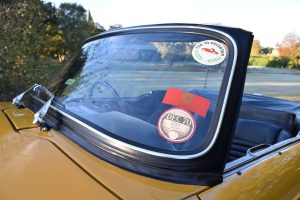 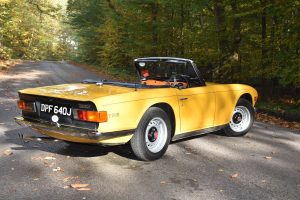 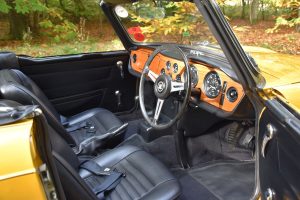 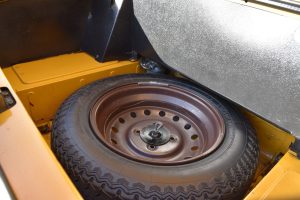 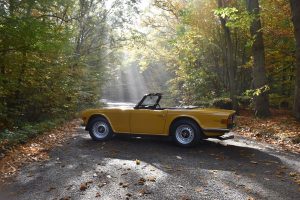 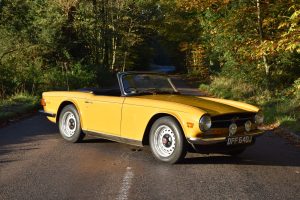